A Goal Childhood Dreams Are Made Of

There have been a lot of great goals in this most wonderful World Cup (the best in my lifetime), but that first goal by a true breakout star of this tournament, 22-year old James Rodriguez of Colombia, in yesterday’s match against Uruguay trumps them all.

You don’t have to be a football (soccer) fan to appreciate the skill, beauty, precision and grace of this goal, but if you have a deep understanding and appreciation of the game or play it yourself it simply doesn’t get any better than this. It’s a goal all the little football (soccer) playing kids around the world dream of scoring in the World Cup.

It’s the World Cup. It’s the knockout stage. Your whole country is watching. The world is watching. You lose and it’s all over for you, your team and your country. The opponents are a tough defensive team full of highly experienced professionals who are excellent at disrupting all your best laid plans. Their manager is well versed in strategy and tactics. They know you are the most dangerous offensive weapon. They’ve talked about how to stop you before the match for hours. They have practiced it in training. They focus on denying you space and time. They prevent you from receiving the ball in dangerous areas. They play you to absolute perfection. You are well away from their goal and have your back turned to it. You don’t even see it. You are surrounded by five, yes count them, five tough tackling defenders who ready to break your legs to prevent you from even receiving the ball in that spot. They deny any passes to you on the ground by cutting off every passing lane.

NONE OF THAT MATTERS TO YOU.

You receive the ball in the air off a header from a teammate. You know you have no time or space to do much of anything with it. Unless… The computer in your head immediately, in less than 0.0001 of a second calculates the perfect course of action. You already know what you’re going to do as the ball is coming to you in the air and because of countless hours of training and practice you have the utmost confidence and audacity to try this in a knockout stage World Cup match. Now it’s only a matter of executing. And “only” means that it’s almost impossible. But you know YOU can do this.

You take a perfect first touch cushioning the ball down with your chest. Yet you know that even that won’t give you enough time to get off a shot. The Uruguayan defenders are already turning towards you and there’s ill intent in their eyes. Your only chance is to try the most difficult, the least likely to succeed, and the most spectacular thing you can do at that moment.

So before the ball even hits the ground you contort your body in ways that most people were not born to do and hit it on a turnaround volley, blindly, towards the enemy goal. Because you’ve done it all in a split second the men in sky blue surrounding you have no time to close in and prevent it from happening. Not even to block your attempt.

You are able to hit it with the power and trajectory that leaves the opposing goalkeeper with absolutely no chance. His desperate dive is almost as spectacular as your shot, but it’s for naught. The ball spirals towards the net like a comet veering up and then down just in time to crash off the cross bar and into the net. GOOOOOOOAAAAALLLL!!! GOLAAAAAAZOOOOO!!!

Except this is not a dream. You are not asleep. This is reality. This is the biggest stage. This is the World Cup. This is the knockout stage. Billions have just seen you do this. Hundreds of commentators around the world have just gone completely mental and are gushing adoring adjectives in every language known to man. Your country is ready to elect you president. Thousands in the stadium and billions around the world have just been pulled out of their seats and have totally lost their minds. They are all screaming your name. Even those who did not even know it before. Even those who only watch football every four years. They are all jumping around mad and screaming YOUR NAME. They know it now. And they will never, ever forget it. JAMES RODRIGUEZ.

A true star is born. You are JAMES RODRIGUEZ. You are now, in this moment, the God of football. 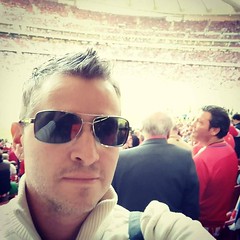 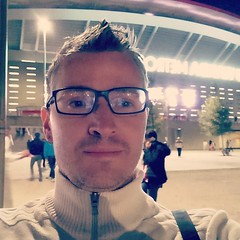 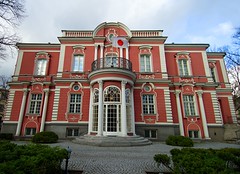